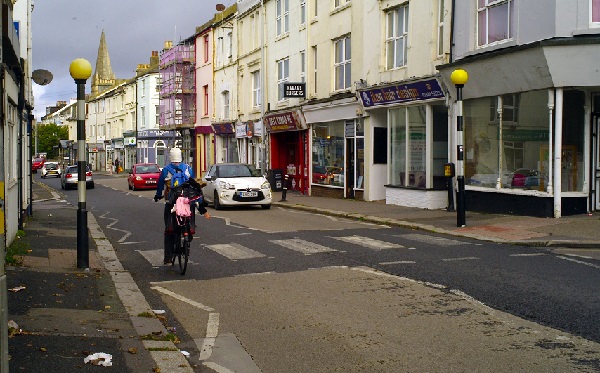 Keen to encourage local people to get involved in decision-making about transport choices, Sustrans, the walking and cycling charity, has arranged a meeting to discuss these issues on Saturday 6 November. Julia Hilton, Green Party councillor for Old Hastings and Tressell, explains the background.

Hastings has one of the lowest percentages of car ownership in the country. A third of Hastings residents don’t own a car. Yet cars dominate our streets.

Are you concerned about speeding cars in your neighbourhood? Do you want to make your street more welcoming? Maybe you’d like to become less car dependent, but are too scared to cycle?

If that’s you, then please come and join our discussion with Roddy Crockett from walking and cycling charity Sustrans, about how to create liveable neighbourhoods, including how we can make car clubs more widely available. 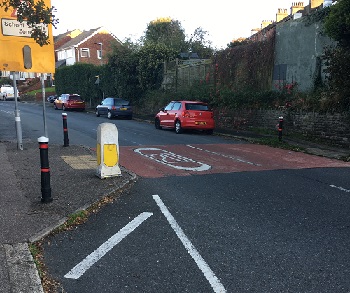 Many towns are trialling the idea of Low Traffic Neighbourhoods, using filters where residential streets are still accessible to residents but can’t be used as cut-throughs for cars, an increasing problem since the arrival of sat nav. Low Traffic Neighbourhoods slow traffic down on residential streets, making it feel safer to walk and cycle. They provide space for greening, tree planting and secure cycle storage – especially useful if you live in a flat.

Elsewhere School Streets are being trialled. A School Street is where the street outside the school is shut to traffic, either just for the morning and afternoon school run, or permanently. This creates a safer route to school, encouraging more walking and cycling and cutting air pollution. The recent School Street trial at Ark Academy Blacklands resulted in a permanent reduction in car drop-offs for pupils. 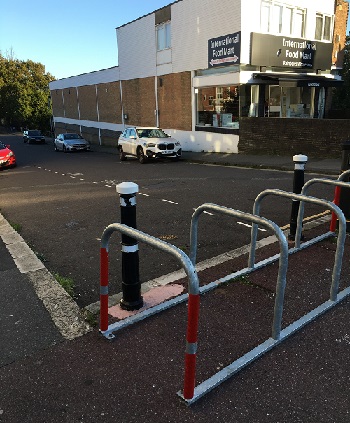 Many people have no choice but to use a car every day, because we have such an unreliable public transport system, but over one in five households in Hastings have at least two cars – which spend 95% of the time unused, taking up road space that should be for everyone. How many of those cars could be replaced by an easy and convenient car club system, with electric cars available every few streets?

In a survey by the Office for National Statistics in 2014, more than 40% of people agreed that they used cars for journeys of less than two miles. If we made it just a little easier to walk and cycle, and a little harder to just get in the car, we could start to change our habits and get fitter and healthier in the process. What would it take for you to make the change?  How could we share our streets more equitably?